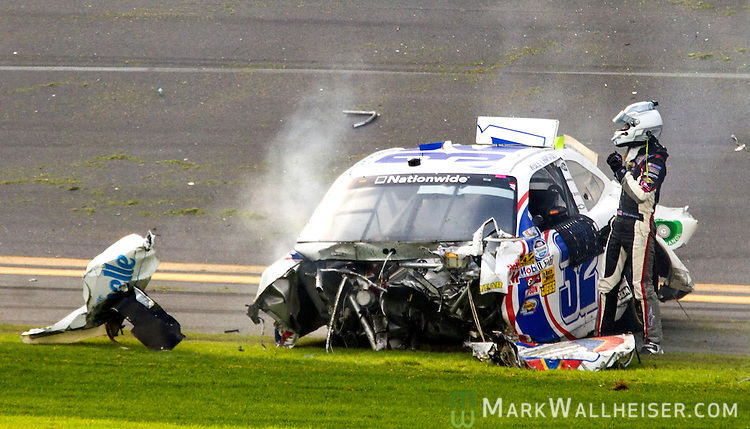 Kyle Larson stands beside his #32 Clorox Chevrolet after he was involved in as crash at the finish line that disintegrated his car sending his burning engine and debris into the spectators on the final lap of the NASCAR Nationwide Series DRIVE4COPD 300 auto race at Daytona International Speedway in Daytona Beach, Florida February 23, 2013. Twenty-nine spectators were injured in the stands.