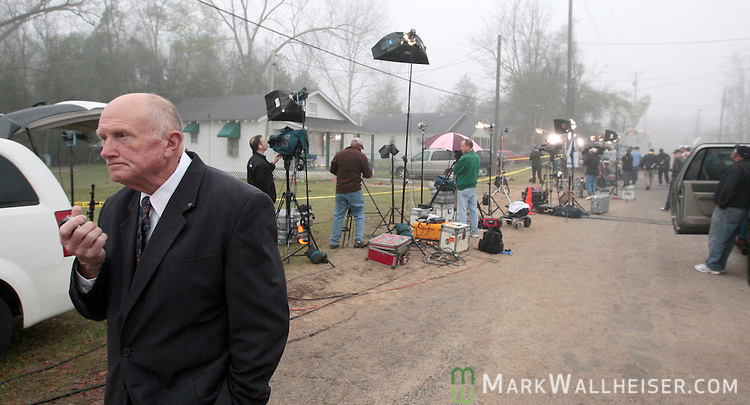 Wynnton Melton, mayor of Geneva, Alabama walks away from the scene where the media was broadcasting at dawn in Samson, Alabama March 11, 2009 where five of the 11 people were shot to death by a gunman on the rampage. Geneva County Sheriff Greg Ward said the eleven people, included the suspected gunman, were killed in the shooting spree and car chase in southern Alabama on March 10, 2009. (Mark Wallheiser/TallahasseeStock.com)