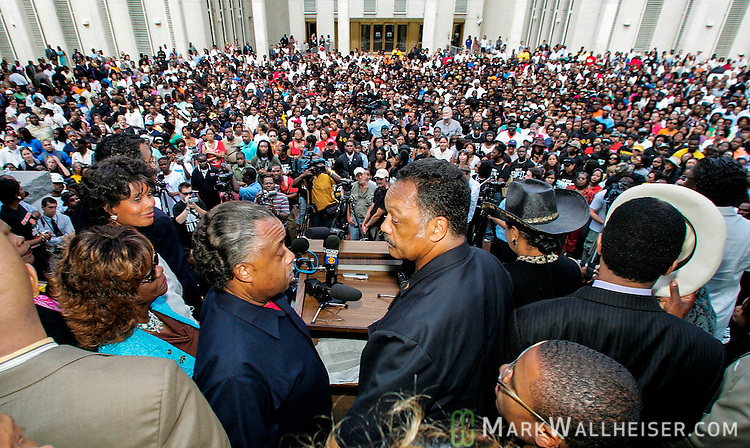 The Rev Al Sharpton, center left and the Rev Jessie Jackson, center right, pause at the podium in front of the crowd of protesters that marched on the Florida State Capitol April 21, 2006 to protest the investigation of the death of 14 year old Martin Lee Anderson who died at a Bay County Sheriffs Department Boot Camp in Panama City Florida on January 6, 2006.