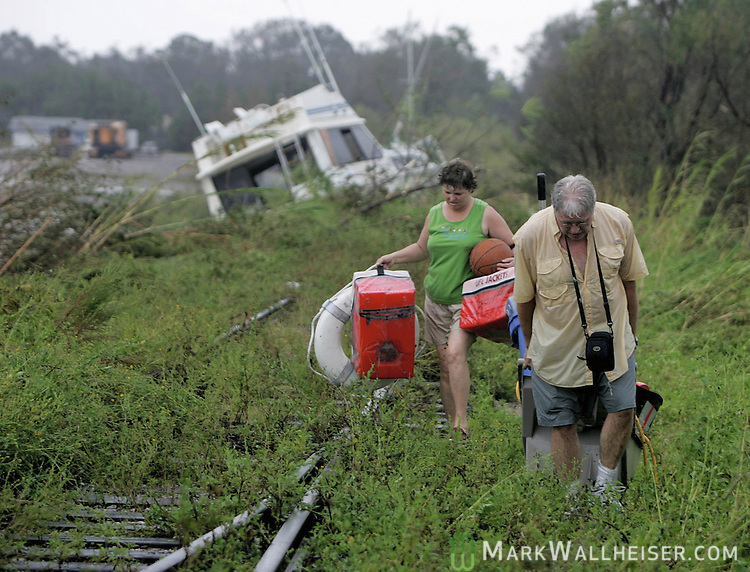 John Pope (R) and his wife Shirley Pope (L), of Pensacola, salvage what they can from their 40 foot boat that landed on some abandonded railroad tracks during Hurrican Ivan smashing the hull September 16,2004. "This is it," said John Pope of what was left of his boat and he struggled to drag things down the tracks.