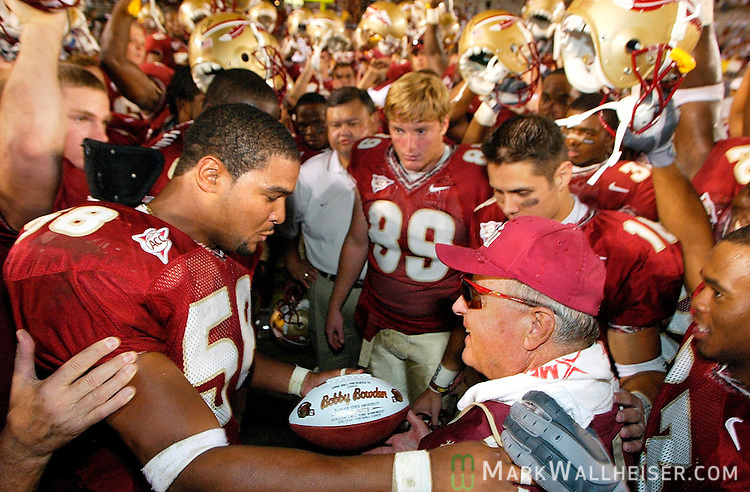 After Florida State's defeat of Wake Forest in Tallahassee on October 25, 2003, FSU linebacker Michael Boulware (L) presents a commemorative football to Florida State head coach Bobby Bowden stating that Bowden became the winningest living football coach and the coach with the most wins in Division 1 with 339 -- passing Joe Paterno. Quarterback Chris Rix (16) is in the background as the rest of the team with helmets raised in a team chant.