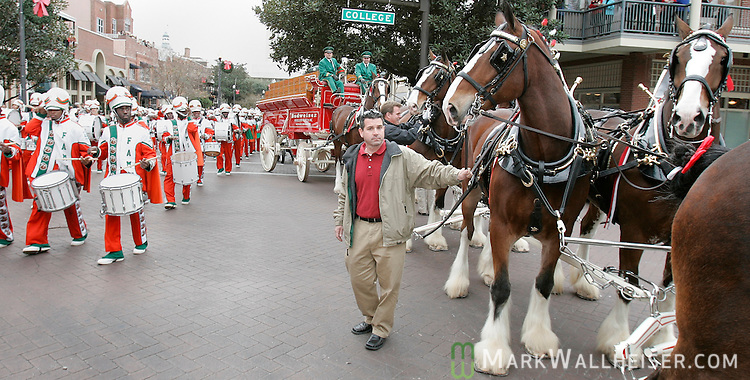 One of the handlers of the Budweiser Clydesdales tries to maintain control as the Clydesdales shy away from the FAMU Marching 100 after pulling over at Adams and Park to let the band pass by during the parade after the inauguration of Charlie Crist as the 44th Governor of the state of Florida on the east portico of the Old Capitol in Tallahassee, Florida January 2, 2007. (Mark Wallheiser/TallahasseeStock.com)