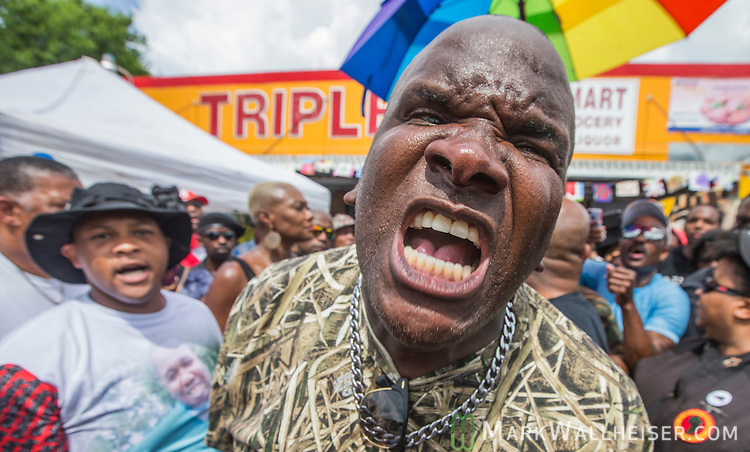 BATON ROUGE, LA -JULY 09: With the heat index over 100 degrees tempers have also flared as Arthur Reed, with Stop The Killing Inc, calls for Baton Rouge Mayor Kip Holden to resign within 72 hours. "In 72 hours we won't protest as peaceful as we have been" Reed said of the protests over the Alton Sterling shooting four days ago in Baton Rouge, Louisiana July 9, 2016. (Photo by Mark Wallheiser/Getty Images)